Milk price hike by Rs10 to Rs140 per liter in Karachi 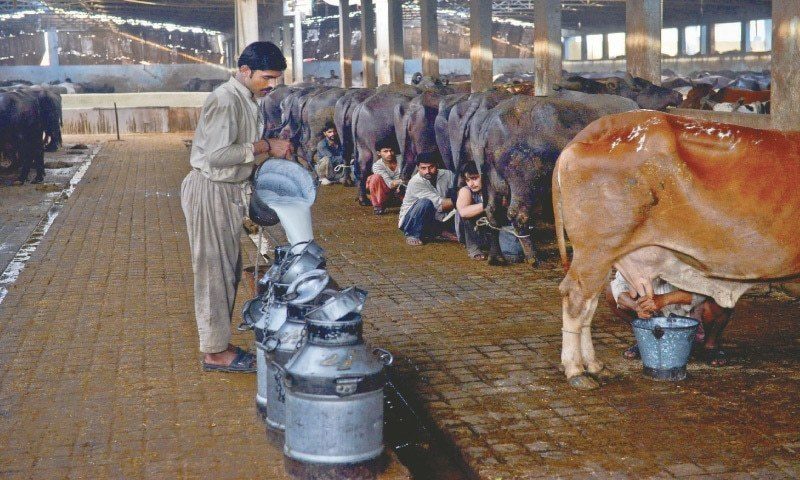 KARACHI: Already experiencing high food inflation, people of Karachi suffered another shock on Monday when stakeholders in the milk sector increased the price of loose milk and yogurt by Rs10 per litre and Rs20 per kilogram, respectively.

According to spokesperson for the milk retailers association Waheed Gaddi, the new price of loose milk is Rs140 per litre and one kilogram of yogurt is available for Rs220.

“Out of over 10,000 shops in Karachi, the new rates have been implemented in 80 per cent shops,” he claimed.

This is the second price hike of the milk and yogurt in the current year. In March, the per liter milk price was raised to Rs130 from Rs120 followed by a jump in per kilo yogurt price to Rs200 from Rs180.

Yogurt price also increased by Rs20 to Rs220 per kg

When asked how the prices were increased when the retailers’ association was resisting any hike by wholesalers (middle man), he replied that the wholesalers had planned to increase the milk price by Rs40 per liter and it was the retailers who resisted their move for the past two months.

He said under the prevailing market conditions the retailers became bound to raise prices as they could not resist the forced increase in prices by the wholesalers.

He said that instead of rescuing the consumers by taking action against those responsible for actual increase in the milk price, the district administration continued imposing heavy fines on retailers for overcharging. “Retailers have been receiving a slip from mukhtiar that says ‘receipt for payment to government and payment of Rs15,000 fine received from the milk seller’,” he added.

Mr. Gaddi said that it was in March 2015 when the Karachi commissioner had official the milk price as Rs94 per liter and since then prices had been crawling up without any official clearance.

He said that the wholesalers were threatening the retailers of another price increase of Rs30 per liter after two months.

Meanwhile, Dairy Cattle Farmers Association (DCFA) president Shakir Gujjar claimed that his association had no role in jacking up the loose milk rate. “Wholesalers have increased the price,” he alleged.

In the third week of September, the Sindh High Court had directed the Karachi commissioner to sit together with officials of the Sindh Food Authority (SFA) and representatives of milk associations and chalk out a plan to ensure the quality of fresh milk as well as its sale at official price.

On the previous hearing, an assistant commissioner had assured the court that milk would be sold at notified rates in the city. However, when the bench took up a set of petitions about milk price and its quality, the official was found absent without any intimation.

The bench had said that reports submitted by the authorities concerned suggested contrary and conceded the fact that notified price of milk was not being maintained.